Thirty years ago, Karen Brown took her then 6-year-old daughter to get an eye exam. 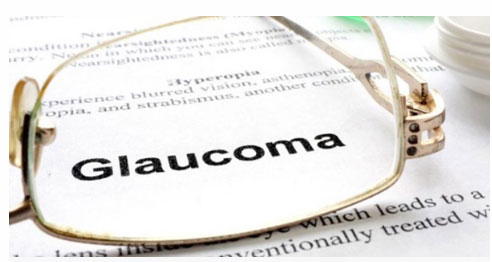 Because the mother of four had been suffering from headaches, she also decided to get her eyes checked. Brown discovered she had glaucoma and soon learned it ran in her family. Within a year, two of her sisters were also diagnosed with the disease. Now her son has it. And recent tests showed her daughter has high eye pressure, a telltale symptom of glaucoma. It is a family legacy that is the leading cause of blindness among Americans. “I keep a positive attitude. You can’t blame anyone,” said Brown, 67, who lives west of Orlando. “If you know ahead of time that you’re at risk of something like glaucoma, you just learn that you have to be proactive about your eyes.”

There are an estimated 4 million Americans with glaucoma- although half don’t know they have it – and about 262,000 Floridians 40 and older living with vision impairment. Early detection through regular screenings by a qualified medical professional is key to maintaining good vision. “With the large numbers of older residents and our aging baby-boomer population in Central Florida and throughout the rest of the state, we know that the number of cases of glaucoma and other diseases will increase significantly,” said Leslie Bailey, spokeswoman for Prevent Blindness Florida. Her group recently kicked off a public awareness campaign about glaucoma and the importance of getting tested, especially for those in high-risk groups – including people 40 and older or those with a family history of glaucoma.

The disease is also more prevalent among African-Americans and Hispanics, who represent nearly half of the population in Orange County. Glaucoma causes loss of sight by damaging a part of the eye called the optic nerve, which sends information from the eyes to the brain. When the optic nerve is damaged, peripheral vision begins to weaken. If left untreated, glaucoma can also damage central vision. “They call it the ‘sneak thief of sight’ because it is a silent killer of vision;’ said Dr. Navid Vahidi of Central Florida Eye Associates in Orlando. “Like other degenerative diseases of the eye, you usually can’t tell you have it until it hurts you.” At Vahidi’s practice, 93 percent of patients have glaucoma. Brown is among them.

Though some medications Vahidi prescribes to his patients help relieve the pressure in the eye, patients must follow a very strict dosage schedule.  “This is the most challenging aspect of treatment,” said Vahidi. “Many people simply fail to follow their medication schedule. They don’t understand how important it is to stick to it,” That was a lesson Brown learned early on. “It’s like a new baby: You have to watch the clock,” he said. Over time, glaucoma medications can lose their effectiveness, especially with patients in the advanced stages of the disease. Through the years, Brown has endured multiple eye surgeries, been put on an eyedrop medication regiment – some of which she had allergic reactions to -and been put on dangerous steroids. The medication even changed the color of her eyes from hazel-blue to brown. To Art Brown, her husband of 48 years, they’re just as beautiful. “She looks great,” said the retired Army engineer who recently retired from Disney after 22 years in the engineering department. “She’s been so positive. Sometimes she gets a little down, and it hurts me to see her go through a rough time.”

In the master bathroom of their home hangs an enlarged color photograph of the couple taken on the night they met. High-school sweethearts: She was 16; he was 18. “Doesn’t he look like Elvis?” she gushed. “He’s helped me through this.” Karen Brown’s glaucoma has become more aggressive over time, but as her husband attests, she remains optimistic. “Glaucoma is not the end of the world. I think there will be a cure for it. There seem to be medical breakthrough every day,” she said. “You have to be willing to keep an open mind.